Can I have that?

It's time. I've sat on my Flo stories from our US trip for a few weeks now, and it's patently unfair to deprive you all of their magnificence.

I really cannot be arsed to find the old links with all the tales of Flo and my odd family, but there is a label for this post, and momentarily I'm going to go back and label all my family-related posts as something dazzlingly creative - "FAMILY". I have a reader base of about 12 and a half people, all of whom know the ins and outs of my family dynamics, so if you've stumbled here after googling "What does IVF mean?" or "first comes love, then comes marriage" (the two most popular searches leading here), please check out some of those links - I promise you won't be disappointed.

Would you believe that though I only saw Flo and her gentleman caller once during our nearly month-long trip, that I have stories to tell? I'm cheating a bit, as one happened after we left, but it's too good to leave out.

Flo was, as one would expect, invited to P's American birthday party. We had quite a few guests, so I didn't have an opportunity to spend much time with any one person - a blessing not so disguised. Flo was inoffensive for most of the occasion, that is, until she told my brother that he should abandon his girlfriend at the party and mingle a bit more. The woman's physical composition is surely at least 80% narcotics, so I don't know why we are ever surprised at her lack of tact. My brother's girlfriend, T, is new to our family events, poor soul, so it would have been desperately unfair to leave her drowning in the sea of abject insanity that is my family.

I think that had she said it in a joking tone with no intent to offend, you would be under the impression that it's just a passive aggressive comment and move on. However, Flo does not mince words. The passage of time has dulled my memory of what I was told of this event and thus I will paraphrase, but roughly she said to my brother quite pissily, "You hardly ever see your family. Maybe you should stop hanging out with T so much and go talk to them." Ahhh...you gotta love her.

Flo wasn't done with T yet. Flo's creepy ass, most-likely-Asperger's "friend" has an odd preoccupation with what T eats and how she exercises in order to maintain her nice figure. Flo caught wind of this conversation, which has also taken place at another gathering, and by all accounts was really giving T the old hairy eyeball. You know, because T, an attractive 26 year old, secretly wants to get with a guy in his late 50s who wears glasses like this: 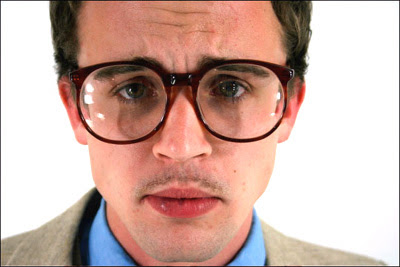 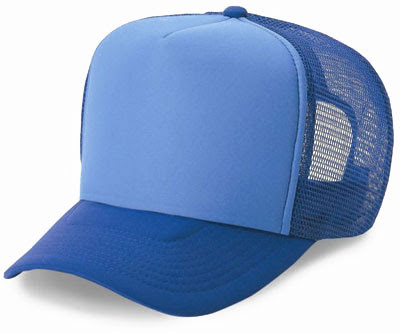 ...and his tube socks pulled up to his knees - likely wearing sandals as well. Who wouldn't want that??

When it was time for her to leave, Flo asked my Mom if she could have a "little bit" of food. Obviously she wasn't going to leave without asking to take something with her, which I suppose is better than just assuming an item like she usually does. This time, a "little bit" translated to most of the cold cuts (Central PA loves their lunch meat - holla!) and a vat full of fruit salad. We weren't quite aware of the large amount of missing meat until we tried to make some sandwiches later that evening. My brother was livid, because there isn't much that boy likes more than his food.

Fast forward a few weeks - I'm on the phone with my Mom. Flo had just been down for a visit, and they had an uneventful and rather brief visit. My Mom just found out she won a gift basket from a local business, and when she returned from collecting it she was showing it off to Flo. Rather than sharing in her excitement, Flo just looked at the basket wide-eyed and said, "What can I have?" The woman is in her mid 50s; even P wouldn't presume an item from someone else's presents could be hers, and she's a dictatorial three year old.

Oh, good ol' Flo. I'm starting to feel like she's one of my very own relatives. Only my real relatives are 100% passive-aggressive snarky-to-the-point-of-meanness assholes, not gift-stealers.
But I think she'd blend in nicely with my family. Perhaps she could chat with my (formerly) swingin' bachelor uncle who once told me as we were all sitting around my parents' house on Christmas eve (where he had dropped by unexpectedly having no other place to go) that the only stocking he wanted this Christmas was a long sheer black one with a leg inside it, preferably attached to a 20-something blonde with big tits. I was ten at the time. Talk about disturbing directness. Of course, he did eventually get old and fat, and as soon as he saw it coming, he married the nicest bit of trash that his fading looks and ample wealth could buy, and now the two of them are blissfully happy together, each making the other a bit more tolerable.

Hooray for relatives. I'm sure I'll have my own stories to share soon, since I head home this Wednesday for my brother's wedding. I have repeatedly warned his fiancee that she might take a second thought about marrying in to this insanity, but unfortunately, she doesn't believe me, and by the time she gets to witness it herself at the reception, it'll be too late. But at least she won't be able to say that I didn't warn her...

But there's one in every family. Once apon a time I was knitting a sock, and my brother-in-law popped up and started telling me I was knitting wrong, and then told me his foot size and that he preferred knee-socks. Ah hah hah, said I. He looked offended. He really thought I'd drop everything and make him socks, in my WORNG KNITTING. I told him I only knit for people I love as much as or more than my own self.

Oh yes - every family has one. Sometimes two.

My cousin, Moron (Maureen) borrowed the money from her mother to attend a family reunion and then proceeded to announce to anyone and everyone who would listen that she *just* had her "nips" (her words, not mine) pierced and promptly whipped them out before anyone could shield their eyes or run for the hills. She then stole half a bottle of tequila, took the potato salad and drank my grandmother's mouthwash before hitting on two distantly related cousins and finally catching a cab home. But damn ... that's what we remember!

And T is still your brother's girlfriend?

How many times did P say "can I have that?" afterwards?

Flo warms the cold, German cockles of my heart.

My family is just to utterly well-behaved, it seems -- I have no hideous stories. Woe.